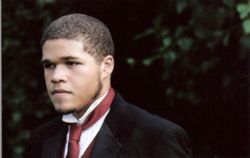 Tyler Justin Hughes started his career in music in the middle school program at Booker T. Washington Middle School in Elgin Texas, under the direction of David Cross. By the eighth grade Tyler was participating in both band and choir. Tyler excelled at music on the French Horn as well as other music programs, such as UIL Music Memory, All-Region Band, and All-region Choir. Around this time Tyler began to pick up and learn the violin and thus prompting others string players to come out of the woodwork. Along with his musical training in band, choir and string groups, Tyler began to arrange pieces for friends in band and string players. Tyler continued his musical training in high school with the Shoemaker High school Band and Choir in Killeen Texas. During his Junior year, Tyler and 31 other students became part of the first Music Theory Advanced Placement class offered. This class among other things, is what prompted Tyler to go full force into composing. That year Tyler started a small ensemble dedicated to playing arrangements of Christmas music and some original music. Tyler also wrote original music for choir which was performed in a concert, thus making the piece "I'm not Hunting You" his first piece ever performed in front of a live audience. From their Tyler knew he was going to compose music for a living.

Now, Tyler Hughes is about to start his fourth year of college as a composition major. He studies composition at Stephen F. Austin State University under the guidance of Dr. Stephen Lias. He has now amassed an extensive body of work as well as life and compositional skills. Tyler is also a working composer now having been commissioned to write music. He is also an active member of the National Association of Composer United Stats of America (NACUSA) and The Center for the Promotion of Contemporary Composers(CPCC) and has had music performed at a recent NACUSA conference. Tyler Hughes' plans future include; finishing his degree in Music Composition at Stephen F. Austin State University, obtaining his Master in music, and then going on to obtain a Doctoral degree in Music Composition. From there, Tyler plans on either earning a degree in Art and/or living his life as a film and freelance composer.

The the fall of 2009, Tyler Hughes was able to be one of the composers at his school, Stephen F. Austin State University, that was privileged to score this years feature length summer movie in titled All Good Years. Creating the music for the movie was, in his words, "very existing and an extremely stressful experience". He was given the responsibility of scoring five scenes from this movie. The five scenes taught him so much about scoring movies; lessons such as capturing the emotions of the scene, interpreting the scene yourself as well as what the director wants, and how to create music that relates to other scenes in the movie while still keeping that scenes originality. The scenes Tyler was given to score were mainly scenes that featured the mother character, Carla. With that in mind he was able to create a recurring mood and theme while still keeping the music relevant to the action of the particular scene.

Trailer for the film All Good Years 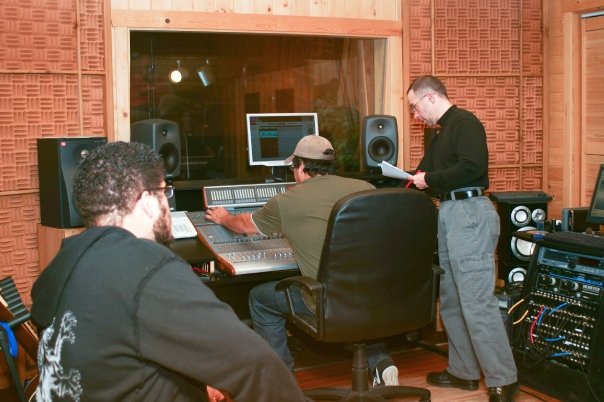 Cues Tyler wrote for the movie All Good Years

This scene depicts the mother, Carla, looking at her son's, Billy, picture with a sunken heart. She notices that her son has drawn a picture of her family that includes her other son that died at a young age. When called on it she quickly changes the subject.

This scenes depicts Carla on a porch after fighting with her husband about money and Billy. It is a very melancholy scene.

This scene is a travailing scene in where Billy and his Grandfather, Orsin, are walking to the boarding house after Orsin takes Billy from his horrible home life. This scene takes place at night by the train tracks.

This scene show Billy's parents looking through the window of the boarding house at their son eating dinner with the boarders. Prior to this scene they rekindle their love for each other. That love is shown in this scene when the camera reveals that they are holding hands.

This scene shows Billy's parents sitting in their home after failing to bring Billy back. Carla begins to clean up the mess that was created in the first half of the movie. She is followed by her husband. 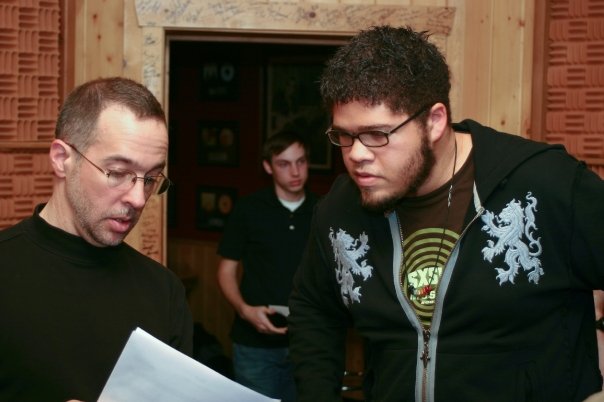 Tyler has his music on various places that are available to listen to online.